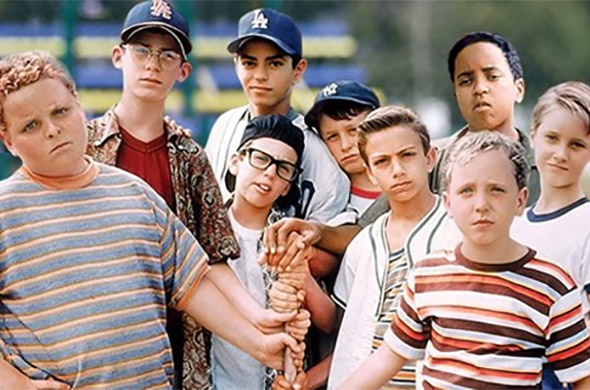 This time every year, I’m taken back to the days when I was still a young man and living at home with my parents.  When I was 9 years old we moved to North Seneca Road in Oak Ridge.  I was excited to be moving into a new home but also knew I would miss living two doors down from Merle and Chris Keever and so close to Cedar Hill park.  I didn’t know if there were any kids in my new neighborhood or not.  Thankfully, I found out pretty quick.

The street was full of kids and young adults too.  There was never a lack of anything to do or anyone to play with.  This move changed my life so much and in such a positive way.  This was well before the days of video games and such.  You had to create your own fun.  That is what we did on a daily basis.

Down the street there were the Asquiths, the Wormsleys, the Fordes, the Leetes, the Lees, the Dresners, the Byrnes and a few others.  All had kids.  I spent many hours with Leslie and Scott Asquith and their awesome parents (Don and Pat).  One year, their cousin, Jackie Mashburn, came to live with them.  She fit in with the rest of us.  Right next door to them was Suzanne Wormsley and her brothers, Darrell and Brad.  We played football in their front yard many days.  Their mom, Shirley, was so kind to me.  Suzanne and I graduated Oak Ridge High School together in 1982.  Tragically, less than two days later, she and my cousin, Teresa Gouge, lost their lives in a vehicle accident.  I miss them both so much.  Mr. Forde was my Boy’s Club basketball coach and his sons, Bobby and Phillip, played on our team.  His daughter, Julie, was in my class.  I remember Bud Leete taking time to throw a ball with me and his son, David.   The Lee family was really cool in my book because I was already a huge fan of the Tennessee Vols and their son, Alan, was an Offensive Lineman on the team.  I remember one year when he injured his leg, several players and a few coaches would stop by his house and check on him.  I got to meet a lot of them.  I hated so much that he was hurt but loved meeting some more of the Tennessee players.  The Dresners and Byrnes kids were older than me but were still really nice and didn’t seem to mind me being around.

Two doors down was the Beckler family. What a blessing!  Herb and Reva Beckler became second parents to me.  It seemed like I was at their house every day.  Reva (Memaw) was actually close friends with my Mamaw Kelly.   She was an angel on earth.  She treated me like I was her own.  Their older kids, Brenda, Steve, and Trish, had already graduated and moved away to school or to start their new lives.  Their youngest, Donnie, was still home.  He was 13 when I moved in and was already a great athlete.  I was an only child and he instantly became my big brother.  He never hesitated to throw baseball or football with me.  He included me in some of the best driveway pickup basketball games I’ve ever played in.  I remember many great games which included Tim Angel, Scott Ethridge, and the late Jeff Culver.  Once he made it to high school he became an All State punter and an All American baseball player.  He taught me how to kick and pitch.  I never reached his level of greatness but he sure made me want to be like him.  He took me to play golf for the first time in my life.  Let’s just say he was really patient.  I don’t know if I should thank him or blame him for the love of golf I have today.  One of my favorite memories of him would be of us playing in a golf tournament for St Judes in Rockwood a few years ago and watching him hit his first hole in one. Having his son, Josh, with us made it even better.  What a great day!  He is still like a brother to me.

Across the street were the Pidcowicz (Joe and Anne) family and their kids.  Patrick and Kevin were grown and had moved away.  Elizabeth was beautiful.  She had married another former Oak Ridge Wildcat lineman turned Tennessee Vol, Roger Higgenbotham.  I still have a Tennessee football media guide that he had several of his teammates sign for me.  Suzanne, Anne, and Katie rounded out the group.  They were a great family and my parents still live across the street from Ms Pidkowicz.  She is a jewel and a wonderful neighbor.

Up the street we had the Nortons, Holmbergs, and Doyles.  What a crew!  Many of my high school days revolved around these families.

The Nortons were originally from England.  Gus and Sheila were so much fun.  So were their kids.  Mike was a year older than me,  We loved playing basketball, riding bikes, and just having fun.  Helen and Jennifer were a little younger  but I loved hanging out with them too. I remember being at their house if the weather was bad and playing board games and listening to music.  I seem to remember the girls really liking the Bay City Rollers.  I hated when their father’s job took them away from Oak Ridge.  I am thankful to still be in touch with them on social media all these years later.  Mike and I actually caught up with one another at The Battle of Bristol a few years ago when my Vols played his Virginia Tech Hokies in football.  It was great seeing him after such a long time.

The Holmbergs (Reva and Bob) were such an interesting family with four kids.  Nancy, Doug, and Connie, had all grown up and moved away.  Eric was their youngest and about three years younger than me.  Ms Holmberg’s family was one of the original families in the Robertsville community before the Manhattan Project came to town. She had some great stories about what life in Oak Ridge used to be like.  She worked as a Chemist at Y-12 during the 40s and eventually met her future husband there.  They were the real life Ward and June Cleaver to me.  Mr Holmberg always loved to share his knowledge of things with us kids.  He is who taught me about the vernal equinox.  I’m sure Mike Norton remembers.  We started lovingly referring to him as Vern after that lesson.  He was kind enough to allow the neighborhood kids to build things in his shop with Eric.  We would take scrap pieces of wood and make small boats to play with in the creek behind their house. Eric loved model airplanes.  So much so that following his graduation from Vanderbilt he became a fighter pilot and later Commander in the US Navy.  I’m honored to call him my friend and have such good memories with him and his family.

The Doyles (Jack and Linda) had three kids.  Jacqueline, Jeanette, and John.  Jeanette was a year older than me and very sweet while John was a year younger than me.  I believe every man in the neighborhood was envious of Mr Doyle’s vintage Corvette.  They were another great family.  John took all the football skills he learned during our neighborhood touch football games at Holmberg Stadium (their front yard) and became the starting Quarterback of the Oak Ridge Wildcats my Senior year.   I remember John, Mike, Eric, and myself building some pretty cool ramps to jump our bikes off of.  I’m pretty sure they didn’t come close to meeting OSHA standards.  We would start at the end of the Doyle’s driveway and jump onto the Holmberg’s driveway.  We had to make a sharp turn upon landing so we wouldn’t take out any of the Holmberg’s beautiful flowers.

What a special time.  It is great to be in touch with so many of them and see the families they have now.  So thankful Jen Norton Mazzoni defeated cancer.  Thankful Eric Holmberg served his country and made it home safely.  I miss Pat and Don Asquith, Reva and Herb Beckler, Reba and Bob Holmberg, Elizabeth Pidkowicz Higginbotham, Suzanne Pidkowicz Wilson, and Suzanne Wormsley but so glad they were in my life.  They each made it much richer.

The second is this: ‘Love your neighbor as yourself.’ There is no commandment greater than these. Mark 12;31  NIV

Live music is back!

Remembering Those Who Gave All

Analysis: How Biden's big win in the Senate could change America and reshape his fortunes

Recent killings of four Muslim men in Albuquerque have shaken the city. Here's what we know