My Love of Music 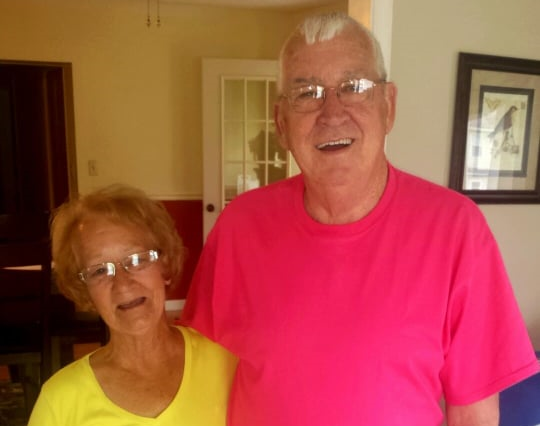 Music has been a huge part of my life since I was born.  Mom tells the story that I would be in my playpen and certain commercials would come on the television.  If it had a catchy jingle, I would try to pull myself up and see where the music was coming from.   I remember mom listening to Elvis Presley’s music when I was probably five or six.  I loved it.  It made her happy and that made me happy.  I learned at an early age that music is indeed good for the soul.

I spent many hours during the mid 1970’s laying on the floor in front of our big console stereo listening to all kinds of music.  Elvis, Willie Nelson, Buddy Holly and The Crickets, Merle Haggard, Johnny Mathis, a box set of songs from the 1950’s, John Denver, and many others.  As I got a little older, I discovered some other artists I loved.  Being one of the younger kids in my neighborhood, I listened to stuff the older kids liked.  Jimmy Buffett, Lynyrd Skynyrd, Dan Fogelberg, Marvin Gaye, Jackson Browne, The Eagles, and Bachman Turner Overdrive just to name a few.

I entered Oak Ridge High School in 1979.  I continued to listen to all of the artists I mentioned before but added the newer ones of the day.  The Cars, Boston, Queen, Supertramp, Aerosmith, Bob Seger and The Silver Bullet Band, The Commodores, Fleetwood Mac, Blackfoot, Eddie Money, Led Zeppelin, Peter Frampton, Earth, Wind, and Fire, Eric Clapton, Bob Marley, Def Leppard, The Steve Miller Band, Journey, .38 Special and a list of others that could take up several pages.  It became the soundtrack for my high school years.  AC/DC’s song “TNT” was on my headphones before every football game.  Hearing that song today takes me back to Blankenship Field on Friday nights and all the other fields we played on.

I also started listening to more Country music.  According to the group Alabama, I was in attendance at their first concert that wasn’t in a bar or at a fair.  They said the Knoxville Civic Coliseum was the first big venue they had ever played.  Seeing them again, 35 years later, in the same building was amazing.  The movie Urban Cowboy was huge back then.  I wore the soundtrack out.

I also started really getting into Bluegrass music too.  I have always loved it.  I had heard “Rocky Top,” by The Osborne Brothers, my entire life.  However, the first time I actually saw it in person was at a family reunion when I was probably 10.  My dad’s cousin, Luther Warf, had a band in Virginia called The Lee County Ramblers.   He would bring them to some of our reunions.  Luther might as well have been Elvis as far as I was concerned.  Listening to him pick and sing was the best thing ever.  Watching and listening to the entire band was icing on the cake.  I was hooked.  I couldn’t wait to hear them again.  When I found out they had made a record I was amazed.  I felt like I was kin to The Beatles.  I will always give Luther credit for my love of Bluegrass and Bluegrass Gospel and the road it continues to lead my life down.  He passed away last year but he will always live in my heart.

I can’t talk about my love of Bluegrass and not thank Marvin Bartlett, Pat and Pam Hatmaker, Phil Leadbetter, and a few others.  They let a 15 year old kid from Oak Ridge ride with them to Buddy’s BBQ to see The Knoxville Grass and all the other great bands who played there.  Those are some of my best memories and I still call each of them my friend today.  The concerts at Redgate Farms were memorable too.  My Bluegrass friends have become my second family.  I love them all.  Bluegrass legend Del McCoury and his wife, Jean, are even my son’s Godparents.

My college days at The University of Tennessee at Chattanooga were a musical blast.  I saw concerts on a regular basis.  Prince, Van Halen, Luther Vandross with Chic, Loverboy, The Gap Band, The Judds, and so many others.  What a great time!  I listened to US 101 and Jet 94 “The Rhythm of the City.”  Both stations were great.

My musical tastes continued to grow into adulthood.  In addition to every group or artist mentioned earlier I have added everything from Foo Fighters and The Kingdom Heirs to Luciano Pavarotti, Chris Stapleton, and Ashley McBryde.  My 11 year old is just like me.  He told me one day that he “felt sorry for anyone who didn’t like Johnny Cash!”  That was a proud parent moment.  Thanks to my girlfriend’s 5 year old daughter I can say I know who JoJo Siwa is too.  I will let that be her favorite.  lol

I never dreamed I would be on the radio playing Bluegrass and Country Gospel songs almost 40 years later.  Especially since I’ve been doing it over 21 years now.  July 13, 2020, will mark my 7th year on 96.7 Merle.  It is also an honor to help out at our sister station, Praise 96.3, as needed.  They are the four time Southern Gospel Radio Station of the Year according to Singing News magazine.  My Mamaw loved Southern Gospel music so that makes it even more special.  It is a blessing to be able to share music I truly love with so many others.

Thank you to each of you who take time to read these blogs and especially those who listen to Sunday Morning in the South on 96.7 Merle.  It means more that you will ever know.  Thanks to businesses like Powell Brothers Mechanical Contractors, who have supported the show from day one.  Special thanks to Ron Meredith for bringing me to his station.  Here’s to another 21 years!

Have a blessed week,
Mike

“Speaking to yourselves in psalms and hymns and spiritual songs, singing and making melody in your heart to the Lord;”Ephesians 5:19  KJV

Live music is back!

Why am I a scaredy-cat and you're not? The science of fright

The zero-waste 'Greenhouse' is providing a blueprint for future homes